Castle Caereinion has a range of community activities and services to suit everyone.

Whether you want to join a club, seek assistance, volunteer to help others or have a pint in the pub, you can find all the information here… 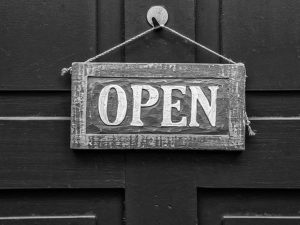 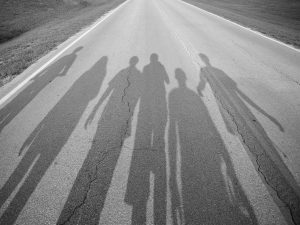 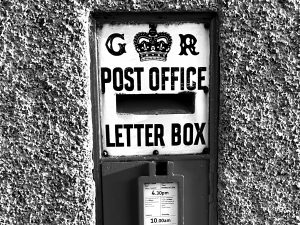 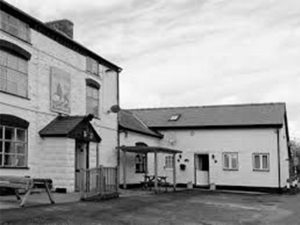 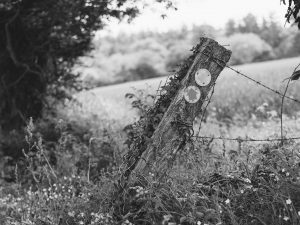 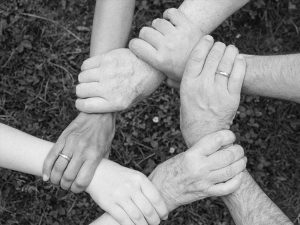 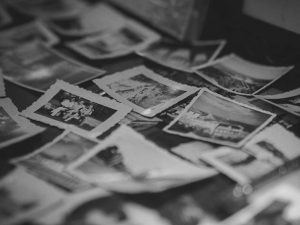 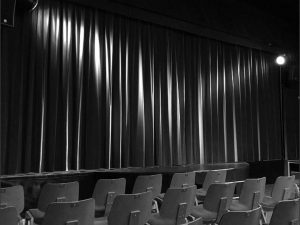 Please note that details may differ to those published due to Covid 19 restrictions.  Please contact the relevant organiser to avoid disappointment.

The Community Hall is situated next to the school and offers an ideal venue for receptions, weddings, meetings and regular clubs.

Accessibility – The Community Hall is on one level, including an accessible WC.  Close proximity parking is also available.

The Community Hall is open for use in line with Welsh Government guidelines. 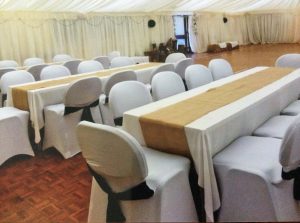 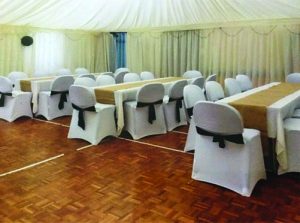 A SHORT SEASON OF RECENTS FILMS

The schedule of films from September 2021 – December 2021 is now available to view on the ‘What’s On’ page.

Please note – whilst Covid restrictions are still in place, you will need to wear a mask in the hall (except whilst drinking during the interval) and we ask you to use the hand-sanitisers provided.

About:  Film Friday began life in 2015 when Gary Lowsley and Adrian Hughes, both keen film buffs and then Chair and Vice-Chair respectively of the Recreation Association, initiated a monthly showing of recent and classic films in the Community Centre. It was not intended as a profit-making venture, although we are of course happy when we can at least break even, the main outlay being the licence to show films publicly.

Generally, in the Autumn four films are shown, with three more after Christmas. So far, over forty have been screened. Prices are kept as low as reasonably possible, with reductions for young people and occasional free shows.

There is always a bar, with a range of drinks: beer, wine, soft drinks, tea, or coffee. We open the bar, run by a devoted team of committee members, ahead of each performance and in the interval midway through films.

The audio-visual equipment, funded by a lottery grant is of professional quality, with Dolby stereo sound, digital projector and a large screen. It is customary to show every film with English subtitles to cater for audience members with impaired hearing.

Details of films being shown can be found on the Castle Caereinion Facebook page and on this community site on the What’s On pages. A flyer with all the season’s films is available in September and December, and posters are displayed in Castle and the surrounding communities.

Capacity: Up to 100 seats, but generally audiences are between 30 and 50 people…although YOU could come and increase that!

For further details: if you have suggestions for future showings, or if you feel you might help on film nights, you can contact Eve Over, Secretary of the Recreation Association 850388, or Adrian Hughes on 850311.

What to expect:  The Hatha Yoga class focuses on the physical aspects of yoga – the asanas (postures) and pranayama (breath control) and a little relaxation. The class is suitable for those that have no previous experience or intermediate practitioners.  It can be as challenging as you want to make it, with different options given for many of the postures but with a strictly non-competitive approach.

What you need:  Come dressed suitably for bending and stretching, gym type clothing is most appropriate but bare feet necessary.  Bring a mat if you can but they can be provided to get you started.

The Castle WI meet at the Community Hall on the second Wednesday of the month at 7:00pm.  The meeting is usually concluded with a demonstration or talk by a guest speaker.

Due to Covid-19 restrictions this year’s programme of events is being arranged on a month-by-month basis.

New members welcome – please contact Linda on 01938 850512 for a chat and more details of the next meeting.

Social distancing rules currently apply, including bringing your own refreshments!

The no. 87 service is operated by Owen’s Travelmaster and runs from Welshpool to Foel.  The bus stop is adjacent to the playground by Maesgarmon.

Please refer to the timetable for up to date travel times.

Visit the Post Office site for  details of available services

Journey through the beautiful Welsh countryside on a vintage steam engine.  With trips from Welshpool to Llanfair Caereinion (via Castle Caereinion) sit back and relax with the family on one of the many jaunts, including feature carriages and seasonal specials.  Book your journey direct with Welshpool & Llanfair Light Railway.

Following a recent change, Stuart and his team look forward to welcoming you to the Red Lion Inn.  They rely on many years’ experience in the Welshpool area pub trade to offer a warm and friendly atmosphere in the Castle village pub.

For those that are wondering what’s happened to the ever-energetic landlady, fear not, Joan now focuses on the Red Lion food and accommodation (not forgetting her livestock too!).

Food is usually available during the opening hours below but please call 01938 850233 to avoid disappointment.

The pub boasts an intimate dining room for those that wish to take a quiet meal, alternatively you may choose to dine at one of the tables in the bar area or garden.  Where possible, food is produced locally including beef and lamb reared by Joan, and a fabulous selection of desserts created in Castle by Alison at Cakes for All Occasions.

The pub also has a separate poolroom where the game can be played for fun or the more serious competitors play in the league matches.  Other leagues hosted in the pub include darts, dominoes and airgun shooting.

Community events can be held in the pub such as meetings or coffee mornings – if you would like to arrange an event, please contact us to discuss details.

We are always open to discussion regarding the above times so please contact us if you would like to make alternative arrangements. 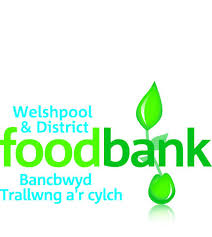 St Garmon’s Church support the WELSHPOOL & DISTRICT FOODBANK. A collection box can be found in the front porch for donations of in-date foods suitable for making a meal for all the family who might require it.

Coming Soon: A celebration of the creative talents of the people of Castle Caereinion.  Artwork, writing, photographs and more…

The Castle Caereinion Recreation Association (CCRA) is responsible for the running of the Community Hall.  The charity supports: Education/training/Arts/culture/heritage/science and Amateur Sport for young, old and everyone in between.  For more information please view the Charity Listing via the Charity Commission for England and Wales.

Please refer to the the CCRA Privacy Policy for information on how we process your personal data.

It takes all sorts to make up a village and more to make a thriving community.

The Castle Caereinion Recreation Association (CCRA) meets for regular monthly meetings in the Community Hall.  The association currently consists of eight trustees; all resident Castle volunteers who give their time to support the Castle community. We would be delighted if you would like to join us – meetings are once per month, on Mondays at 7.30pm (no meetings in August and December).

As the world moves into a new post pandemic phase, being together has never felt so important. Community events may be slightly hindered right now but dealing with change and challenges can bring out the best in us.  An open mind and diverse outlook is vital to ensure that the CCRA can facilitate appealing events and initiatives that engage with the community and meet differing needs across the generations.  Current trustees represent various aspects of Castle village including: St Garmon’s Church, the WI, Castle Film Club and the Community Council.

If you would like to join the team, please contact Ann Jones on 01938 850266.   We would particularly like to hear from members of the community that are willing to focus on ideas for the youth of Castle community.  For example, these volunteers could be (but are not restricted to), young people aged 18 yrs+, parents of children in education or people with experience in youthwork, youth clubs etc. 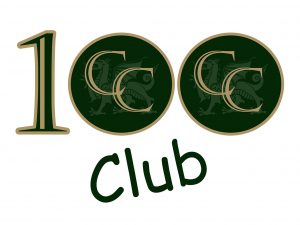 For just £12 per year you can support the Community Hall and be in with a chance to win our monthly draw!

This  monthly draw takes place at the Recreation Committee Meeting and helps raise money for the Community Hall.

Cheques should be made payable to Castle Caereinion Recreation Association

Contact information and bank payment details can be found on the Castle Community 100 Club registration form. 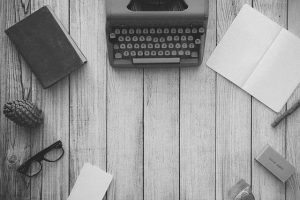 The community newsletter is issued quarterly and delivered to your door (within the village only).  Copies can also be made available at the Red Lion pub or you can read the latest edition online via the Community News page.

If you would like to add a notice, article or advertisement to the the next edition, please contact Amy via email at [email protected]

This site is updated by Green Shed Creative

This website uses cookies to improve your experience while you navigate through the website. Out of these cookies, the cookies that are categorized as necessary are stored on your browser as they are essential for the working of basic functionalities of the website. We also use third-party cookies that help us analyze and understand how you use this website. These cookies will be stored in your browser only with your consent. You also have the option to opt-out of these cookies. But opting out of some of these cookies may have an effect on your browsing experience.
Necessary Always Enabled
Necessary cookies are absolutely essential for the website to function properly. This category only includes cookies that ensures basic functionalities and security features of the website. These cookies do not store any personal information.
Non-necessary
Any cookies that may not be particularly necessary for the website to function and is used specifically to collect user personal data via analytics, ads, other embedded contents are termed as non-necessary cookies. It is mandatory to procure user consent prior to running these cookies on your website.
SAVE & ACCEPT